IOS Development: Top 10 Most Downloaded Mobile Games Of All Time

Candy Crush Saga is one of the most popular mobile games of all time, and its success has made it a leader in mobile app development. Launched in 2012, the game quickly gained traction among gamers due to its colorful and engaging gameplay. Players match 3 or more pieces of candy to earn points and progress through levels. It’s a simple but addictive concept that has kept players hooked over the years.

Candy Crush Saga has continued to evolve since its launch, introducing new characters, levels, and power-ups. This has kept the game fresh and entertaining, even as it reaches its tenth anniversary in 2022. The game is currently available on iOS, Android, Windows, and Amazon platforms, making it accessible to millions of users around the world. Despite its age, Candy Crush Saga remains one of the tops downloaded mobile games today.

Subway Surfers is one of the most popular and downloaded mobile games of all time, having been released in 2012. Developed by Kiloo and Sybo Games, Subway Surfers is an endless running game that has become one of the most beloved mobile apps in the world. It is a perfect example of effective mobile app development, as it offers entertaining and challenging levels as well as a wide variety of missions and rewards.

In the game, players must help Jack and his friends escape from an angry inspector and his dog. Players must help Jack and his friends jump over trains, avoid obstacles, collect coins, and unlock new characters and boards while they run. As they progress in the game, they can unlock more boards, characters, and items that can be used to customize their gaming experience.

Subway Surfers has seen immense success over the years with millions of downloads across different platforms. Its success is due to its engaging gameplay and its ability to capture the attention of mobile app developers. Its colorful and vibrant graphics are also a major part of its appeal, as well as its connection to pop culture. This game has also been featured in numerous films, television shows, and video games.

All in all, Subway Surfers is a prime example of successful mobile app development. It has become one of the most popular games of all time with millions of downloads worldwide. It provides players with an entertaining gaming experience with multiple levels, rewards, and customizations that keep them coming back for more.

Since its launch in 2013, Temple Run 2 has become one of the most popular mobile games of all time. Developed by Imangi Studios, this mobile app requires a unique blend of skill and agility that makes it immensely enjoyable for users. Players must guide their avatar through an ancient temple while avoiding obstacles such as chasms, fire-breathing beasts, and cliffs. As the game progresses, players can unlock power-ups, collect coins, and upgrade their characters.

From a mobile app development perspective, Temple Run 2 is especially noteworthy because of its smooth and intuitive user interface. With each update, Imangi Studios have improved the game’s performance and graphical quality, allowing players to immerse themselves fully in the immersive world they’ve created. Additionally, Imangi Studios have also worked to create an expansive network of third-party developers who have created content for the game. All of this has helped make Temple Run 2 one of the most successful mobile games of all time.

Clash of Clans is an incredibly popular mobile game that has managed to become one of the most downloaded games of all time. Developed by Supercell, it is a freemium strategy video game where players build their villages and battle with millions of other players worldwide. The game has become incredibly popular due to its unique combination of strategy and combat.

Players can join together to form clans, create their villages and wage epic battles against enemy players. The game features different types of units, buildings, and resources. Players must use their resources and build up their armies to defend their villages from enemy attacks.

The popularity of Clash of Clans has seen a surge in mobile app development as more and more developers try to create their mobile strategy games. With its exciting gameplay, innovative design, and intense battles, it has inspired many mobile game developers to create similar games of their own.

Piano Tiles 2 is a mobile app game that has achieved massive success and has been downloaded over 1 billion times. Players are presented with a long strip of piano keys, and their goal is to tap the black tiles as quickly as possible without missing any. Players can also compete against friends or strangers in a variety of modes, such as classic, marathon, arcade, and rush modes.

Piano Tiles 2 provides an engaging and unique mobile gaming experience. The mobile app development team behind the game created an intuitive UI design and smooth controls that allow players to instantly jump into the game. The game’s visuals are vibrant and stimulating, and the soundtracks are melodic and engaging.

The success of Piano Tiles 2 speaks volumes about the quality of the mobile app development behind it. Players of all ages have found immense joy in this classic puzzle game, and its popularity continues to grow with every passing year.

Fruit Ninja is a popular mobile game that has captivated players of all ages since its release in 2010. It has become one of the most downloaded mobile games of all time, and for good reason. Fruit Ninja is a great example of mobile app development done right. The objective of the game is simple: you have to slash as many fruits as possible before the time runs out. The game requires quick reflexes and strategic thinking as each level presents different types of fruits, bombs, and power-ups.

The game is deceptively simple, yet challenging enough to keep you hooked. The graphics are crisp and colorful, while the sound effects make it feel like you’re slicing through fruits. Its intuitive swipe controls are easy to learn, and its various game modes offer plenty of variety. Whether you’re playing in Classic, Arcade, or Zen Mode, there’s something for everyone.

Fruit Ninja is an addictive and highly entertaining game that showcases how important it is to pay attention to mobile app development. With over 1 billion downloads and counting, it’s no surprise that it’s one of the top 10 most downloaded mobile games of all time.

Hill Climb Racing is a popular mobile game that has been downloaded over 500 million times. It is a physics-based racing game where players must drive their vehicles through a variety of challenging terrains. This game was developed by Fingersoft and released for iOS and Android in 2012.

The gameplay of Hill Climb Racing is quite simple, yet it can be highly addictive. Players must keep the vehicle balanced as they drive through each terrain. The objective of the game is to get as far as possible without flipping or crashing the vehicle. As you progress, you will encounter coins and bonus items that you can collect to upgrade your vehicle or purchase new ones. You can also customize your driver and car to further enhance your gaming experience.

Hill Climb Racing requires a certain degree of skill when it comes to mobile app development. The developers have done a great job of providing a user-friendly interface while ensuring the game’s physics are realistic. With its bright graphics and fast-paced action, Hill Climb Racing is sure to keep gamers entertained for hours on end.

8 Ball Pool is an incredibly popular mobile game developed by Miniclip, a Swiss-based company. It is a pool game where players can compete in one-on-one or tournament matches. 8 Ball Pool has seen tremendous success since its launch and has been downloaded over 500 million times.

In the game, players compete against each other to pocket their set of balls first and win the match. Players are rewarded for their performance in the form of coins which can then be used to purchase new cues and table skins. The game also features a global leaderboard, which allows players to compare their scores with other players around the world.

The success of 8 Ball Pool has made it one of the most successful mobile games of all time and has provided valuable insights into mobile app development. By providing an engaging, competitive experience, 8 Ball Pool has attracted millions of users and has been a strong source of revenue for Miniclip. The game’s success serves as an example of how to create a successful mobile app.

My Talking Tom is a popular mobile game developed by Outfit7 Limited, the same creators of the famous Talking Tom and Friends animated series. This interactive game allows users to take care of a virtual pet, named Tom. Players must feed, clean, and play with him to keep him happy.

The game is full of activities, mini-games, puzzles, and even talking that make it enjoyable for users of all ages. It is one of the most downloaded mobile games and has been installed over one billion times on various platforms. My Talking Tom has also been the recipient of numerous awards and accolades.

The app was developed with mobile app development in mind, and its simple design makes it easy to play on almost any device. Players can customize Tom’s appearance and home, interact with other Talking Tom characters, and collect coins and rewards for completing various tasks.

Overall, My Talking Tom is a fun and engaging game that will keep users coming back for more. With its engaging gameplay and adorable characters, this game is sure to stay a top-tier mobile game for years to come.

Angry Birds is one of the most popular and successful mobile games of all time. It was released in 2009 and is still going strong today. The goal of the game is to fling birds at various structures built by green pigs, and the success of the game has even spawned several sequels. The game features physics-based gameplay, challenging levels, and humorous animation and sound effects.

The success of Angry Birds has been largely credited to its innovative mobile app development. The game is accessible to all types of players, from casual to hardcore, with various levels of difficulty, a simple yet intuitive control scheme, and an enjoyable art style. It is also designed to be replayable, as it encourages players to go back and complete levels they have previously failed. This ensures that users continue to play the game and enjoy it for longer periods. 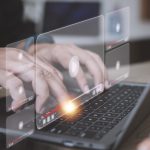